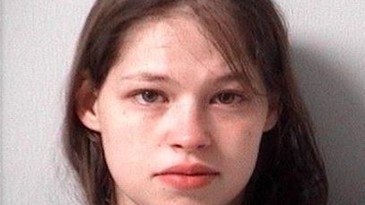 The trial for a mother who has been accused of suffocating her three sons to death has been delayed for a second time in Logan County, Ohio. Brittany Pilkington, a resident of Bellefontaine, pleaded not guilty for the deaths of her sons in the years 2014 and 2015.

According to authorities, Pilkington smothered her three boys as they slept, starting with baby Niall in 2014, followed by her toddler Gavin on April 6, 2015, and her other infant son Noah on the 18th. However, a Logan County judge has not allowed her confession to be admitted into trial as evidence because he believed law enforcement overstepped their boundaries during interrogation. This is because officers prohibited her from eating, drinking or using the bathroom for hours so they could pressure her into a confession.

Brittany Pilkington is now being charged with three counts of aggravated murder of her sons in Logan County’s Court of Common Pleas. Her trial is now being rescheduled for January 2020 rather than September after she pleaded not guilty. The reason for this is that the prosecution wishes to pursue the death penalty, but Pilkington’s defense argues she meets the criteria of being intellectually disabled so she cannot qualify for the death penalty. They claim she has an IQ of 71, which would place her well within the ranges of being intellectually disabled.

The state is now requesting an independent evaluation of Pilkington to prove these claims. This isn’t the first time Pilkington’s defense team has turned to client’s intellectual capabilities, however. Her attorneys argued in 2015 that Pilkington’s confession was involuntary because police overstepped their duties and Pilkington suffered from brain damage she sustained after years of emotional, physical and sexual abuse.

College student had both charges dismissed and plead to disorderly conduct, fine only